Product Description Erythritol ((2R, 3S)-butane-1, 2, 3, 4-tetraol) is a sugar alcohol (or polyol) that has been approved for use as a food additive in the United States[1] and throughout much of the world. It was discovered in 1848 by British chemist John Stenhouse. [2] It occurs naturally in some fruits and fermented foods. [3] At the industrial level, it is produced from glucose by fermentation with a yeast, Moniliella pollinis. [1] It is 6070% as sweet as table sugar yet it is almost noncaloric, does not affect blood sugar, does not cause tooth decay, and is partially absorbed by the body, excreted in urine and feces. It is less likely to cause gastric side effects than other sugar alcohols because of its unique digestion pathway. Under U. S. Food and Drug Administration (FDA) labeling requirements, it has a caloric value of 0.2 kilocalories per gram (95% less than sugar and other carbohydrates), though nutritional labeling varies from country to country. Some countries, such as Japan and the United States, label it as zero-calorie, while European Union regulations currently label it and all other sugar alcohols at 0.24 kcal/g.

Blending for sugar-like properties
Erythritol is commonly used as a medium in which to deliver high-intensity sweeteners, especially stevia derivatives, serving the dual function of providing both bulk and a flavor similar to that of table sugar. Diet beverages made with this blend, thus, contain erythritol in addition to the main sweetener. Beyond high-intensity sweeteners, erythritol is often paired with other bulky ingredients that exhibit sugar-like characteristics to better mimic the texture and mouthfeel of sucrose. The cooling effect of erythritol is rarely desired, hence other ingredients are chosen to dilute or negate that effect. Erythritol also has a propensity to crystallize and is not as soluble as sucrose, so ingredients may also be chosen to help negate this disadvantage. Furthermore, erythritol is not hygroscopic, meaning it does not attract moisture, which can lead to the drying out of products, in particular baked goods, if another hygroscopic ingredient is not used in the formulation.

Inulin is often combined with erythritol because of inulin's offering a complementary negative heat of solution (exothermic, or warming effect when dissolved, which helps cancel erythritol's cooling effect) and noncrystallizing properties. However, inulin has a propensity to cause gas and bloating in those having consumed it in moderate to large quantities, in particular in individuals unaccustomed to it. Other sugar alcohols are sometimes used with erythritol, in particular isomalt, because of its minimally positive heat of solution, and glycerin, which has a negative heat of solution, moderate hygroscopicity, and noncrystallizing liquid form. 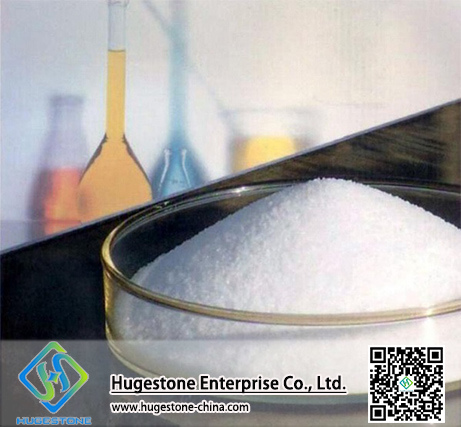 Contact us if you need more details on Erythritol. We are ready to answer your questions on packaging, logistics, certification or any other aspects about Sweeteners Erythritol、Sweetener. If these products fail to match your need, please contact us and we would like to provide relevant information.